First deployed nearly 100 years ago, the press release remains foundational to robust public relations (PR) and marketing practices. Its use as a reliable tool for disbursing information has only gotten more valuable as communication channels have evolved to reach larger一and more influential一audiences more quickly.

But how long should a press release run? This may sound like a basic question, but certain norms and conventions make a press release more comprehensible and acceptable to the broader press industry and other end readers一including the number of words. To learn more, take a look at our tips below.

First, What Is a Press Release?

Ideally, a PR pro will create and distribute a written press release to communicate important news about an organization (or well-known individual) to inspire journalists to expand on the story (aka earned media) and inform and engage broader stakeholder audiences. This could include the announcement of a new product, service, or market, a merger or acquisition, sponsorship, event, or significant hire, to name a few.

What Should a Press Release Include?

There are six broad components of a standard press release. They are:

Using a visual asset in your press release can add to the story, amplify its message, boost SEO, viewer engagement, and social sharing. According to leading CRM provider HubSpot, consumers strongly prefer visual elements in their content. This can include an image, video, or animation, among others.

In addition, journalists find multimedia attractive, if only to use in their content. Embedding multimedia in your press release can increase your chances of earned media pickups. See this article “Multimedia Assets as Traffic Drivers” to learn more.

How Long Should a Press Release Be?

While the perfect length of a press release varies, it should generally fall within 300 to 400 words or about one page of text. That said, if it’s necessary to include slightly more or less text to provide essential information, then do so. It’s more important that a press release be structured well with information that readers need than adhere to an absolute number of words.

For easy and efficient press release creation and distribution, consider partnering with News Direct. A relative newcomer to the newswire landscape, News Direct has revolutionized the press release workflow with the modern media consumer in mind.

Distribution is also a breeze. From the Content Studio, the user controls where and when they want to distribute their content. With News Direct, no human, third-party editing is involved, which is standard with legacy model newswires. Select from a global network of media and news outlets, trade press, customizable geographic options, and a range of highly targeted specialty media, influencers, and newswires. With a few clicks, your release is scheduled for launch or already on its way.

News Direct even enables users to distribute multimedia content on a standalone basis. With its proprietary Digital Asset Direct™ functionality, it’s a cinch to disseminate an infographic, video, image, or other data visualization piece on its own.

News Direct offers fully transparent pricing. Get all of this functionality and more for a single, flat-rate, asset-based fee一regardless of word count or the number of media embeds.

What Should It Cost to Distribute a Press Release?

In our content-saturated world, attention has become the currency of choice. A well-written press release chock-full of newsworthy information remains a key component of... 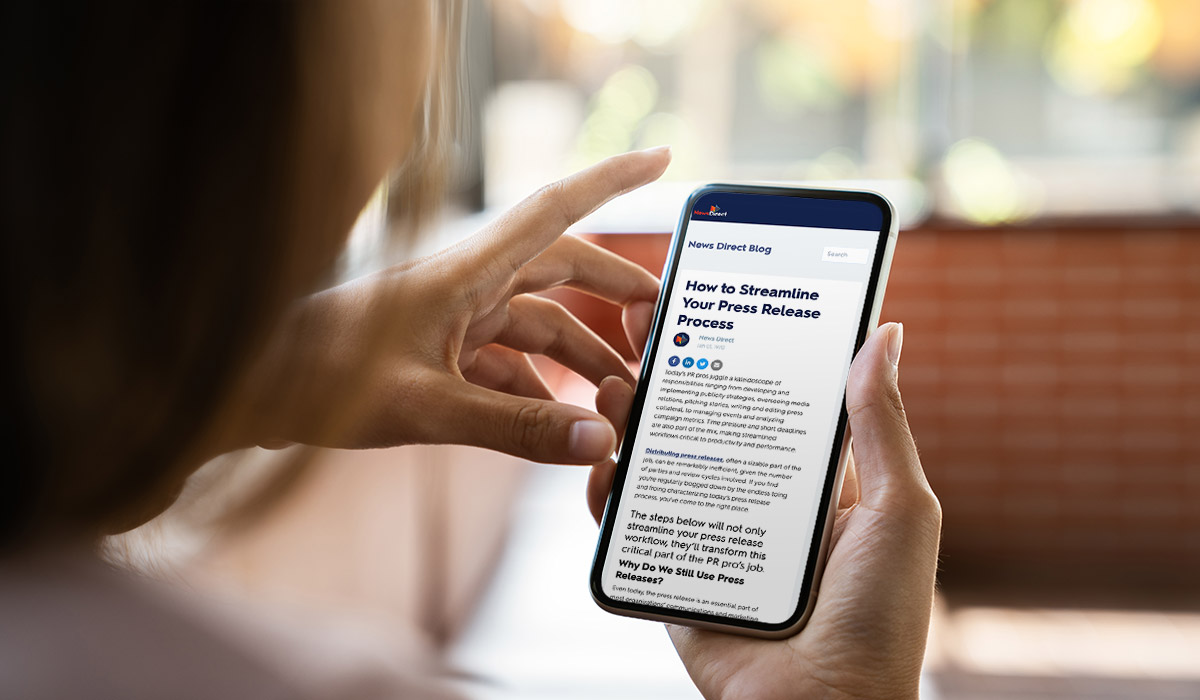 How to Streamline Your Press Release Process